Tip of the Week: Glute Anatomy to Improve Your Practice 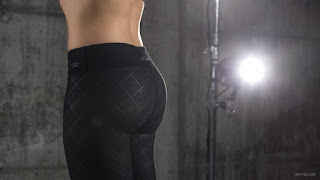 Of course we all want that great looking "yoga butt", but strengthening your glutes by flexing and squeezing them during yoga can have more of an impact on your body than just appearances. Many of the postures in the Bikram Yoga series put emphasis on stretching the glutes and the surrounding muscles, or involve some form of glute activation to hold the pose. Tightening your glutes during the Standing Series helps you to keep your balance, and helps you to go deeper into a back bend. Focusing on your glutes especially during Half Moon with Hands to Feet, Standing Bow Pulling, Triangle, Locust, Bow Pose, and Tree Pose will really help to build up that nice round behind.

The following article by Kate Siber for Yoga Journal "Glute Anatomy to Improve Your Yoga Practice" lends some insight into the anatomy of our glutes.

While many of the postures in the Bikram Yoga series require you to flex and squeeze your butt muscles (this action often helps you keep your balance during the Standing Series and go deeper into a backward bend, for instance), there are certain poses that put special emphasis on your rear end: - See more at: http://www.bikramyogavancouver.com/yoga-poses/bikram-yoga-poses-yoga-for-a-better-butt/#sthash.qs5KVOUo.dpuf

Whether you call it a fanny, derriere, heinie,  or caboose, chances are you’ve assessed the appearance of your posterior. But what most of us haven’t considered is just how useful those buns are. Together with smaller supporting muscles, the gluteus maximus, medius, and minimus make  it possible to rotate your thigh inward and outward, draw your leg back, and stabilize your femur in your hip socket. The condition of your glutes can have a big impact on your posture, as well as help to prevent or alleviate back, hip, and pelvic pain.
“The buttock muscles are critical in all vertebrates for simply staying alive,” says Loren Fishman, MD, medical director  of Manhattan Physical Medicine in New York City, assistant clinical professor at Columbia University Medical Center, and author of five books on yoga. “They help you stand and walk, procreate (think about the forces at play), and, being some of the biggest muscles in the body, also help cushion us when we sit.”

Unfortunately, parts of our modern lifestyle can cause over- and under- development in our glutes, as well as strength discrepancies between the left and right buttocks. The usual culprits are overexertion in activities like running, and sedentary jobs that lead to poor posture. Strength imbalances in our glutes can affect range of motion of our hips, sacrum—that bony plate at the base of the spine—and whether or not we experience instability and pain in forward bends and standing and balancing yoga poses.

For Leslie Howard, an Oakland-based therapeutic yoga teacher, a struggle with a painful hypertonic pelvic floor—a condition marked by extremely tight pelvic-floor muscles—led her to seek solutions through yoga. She discovered that she suffered from weak glutes on both sides, and that strengthening them and checking to make sure they activated during standing and balancing postures eased her symptoms, which included pain while sitting and during intercourse.

“As yogis, we’ve always been taught  to tuck, tuck, tuck our pelvis for certain poses,” says Howard, referencing this common yoga-class instruction that leads many students to round their lower and upper backs and flatten their butts. “If you tuck too much, your gluteus muscles turn off.” Instead, you want to use these muscles as they were designed to be used—engaged, but not clenched, while standing and walking, or while practicing poses like Vrksasana (Tree Pose) or Virabhadrasana I, II, and III (Warrior Poses I, II, and III). When your glutes don’t fire in these situations, you are often relying on other supporting muscles, such as the hip flexors, psoas, and quadratus lumborum in the lower back, to stand, she explains. Because of the ripple effect misalignments have throughout the body, chronic tailbone tuckers often experience pain in the lower back near the sacroiliac joints, where the spine meets the pelvis.

Armed with this intel, Howard developed a workshop called Smart Ass, Dumb Ass that helps students reacquaint themselves with this often-overlooked part of the body—and not just in the mirror. A great place to start is simply standing in Tadasana (Mountain Pose), says Howard. If you normally tuck your tailbone and slouch, push your thighbones back and let the top rim of your buttocks release away from your lower back. “Don’t be afraid to push your fingers into the glutes to see if they’re firing,” says Howard. “There’s nothing better than direct experience.”


Before you practice, a quick anatomy lesson

On a basic level, a “smart” ass is one with  toned, balanced glutes that can support good posture, Howard explains. It is defined,  round, and lifted. A “dumb” ass is flat and  folded under, disappearing into your legs. But  of course it is more complicated than that.


The gluteus maximus is the largest of the three glute muscles. It attaches to the side of  the sacrum and thighbone, or femur, and draws the femur into the hip socket. Glute max also works to kick your leg behind you and in external rotation, in addition to supporting upright, standing postures. If the gluteus maximus  is weak, muscles along the lower spine, in addition to the hamstrings, will often overcompensate, potentially causing back tension and spinal misalignment. Plus, weak gluteus maximus muscles can mean a tight pelvic floor and tight groins.

You may also notice you have a tight, gripped gluteus maximus. Don’t assume your buns of steel are good: A tight muscle is often  a weak muscle that may not be able to fire for too long, explains Howard. “A healthy muscle can stretch, contract, and fully relax,” she says.

The gluteus medius muscle sits partway under the maximus muscle and connects the ilium, often referred to as the hipbone, to the top of the femur. The medius helps you to externally rotate your leg when it is extended behind you, and internally rotate your hip when your leg is flexed in front of you. Together, the medius and minimus move your leg out to the side (abduction). You can find gluteus minimus under the medius; it is the smallest of the three glute muscles and also helps with internal rotation.

Alright, lesson over. Back to the mat!
Posted by The Baumanns at 12:43 AM